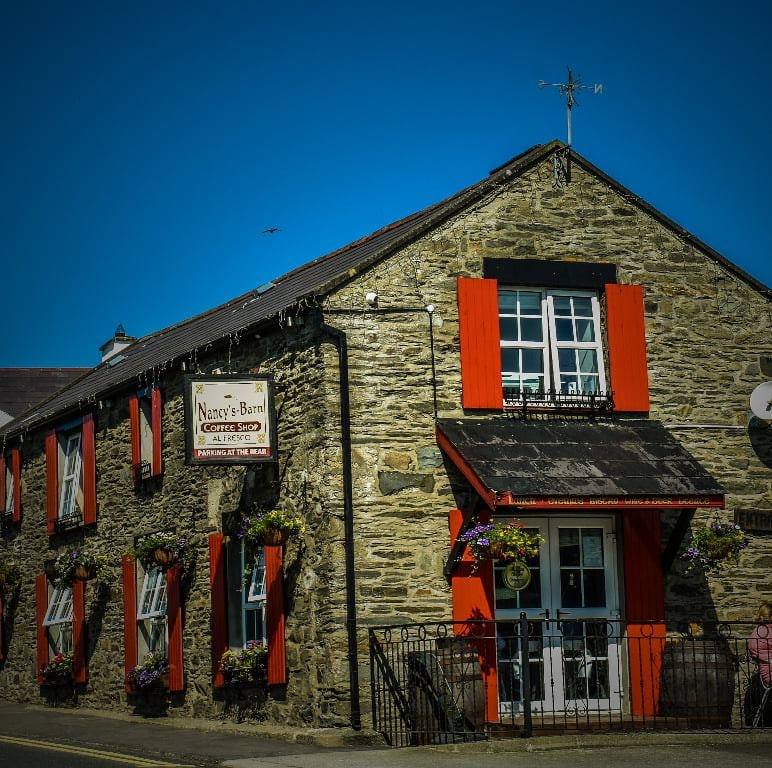 Nancy’s Barn has a wonderful history. Many moons ago, the now ‘Nancy’s Barn’, was a hay barn owned by the McLaughlin’s. If you know anything about surnames in Donegal, you’ll know that there are many, many McLaughlin’s! It wouldn’t be uncommon for several people within a single village to have the exact same name. For that reason, most families would have nicknames. These McLaughlin’s were nicknamed the ‘Nancy’s’ – hence ‘Nancy’s Barn’!

As a young lad living in rural Donegal, Kieran and his family would often go for a Sunday drive.  He explains how from a young age, the large stone building on the edge of Ballyliffin Village always caught his eye:“We would drive past Nancy’s Barn, formally known as the ‘Craft Shop’ in the seaside town of Ballyliffin, Co. Donegal.  I would say to my parents ‘when I get older, I want to buy that old shed’.”

True to his word and making those childhood aspirations a reality, Kieran purchased the building in 2008.  He opened Nancy’s Barn as a seasonal coffee shop / bistro and business quickly flourished.  Word soon spread of the great coffee, fabulous home-style baking and delicious savoury foods served daily, and the business flourished.

Nancy’s Barn has proven to be a very popular venue on the “Wild Atlantic Way” with its laid-back beach vibe reflecting its proximity to nearby Pollan beach.

This coastal theme was further developed and fresh seafood available direct from Greencastle became a signature feature on the menu.  Kieran, with a warm passion for good food creations, tried hundreds of chowder recipes and attempted many things to get it right.

He finally came up with a delicious recipe that drove his patrons wild – ‘Nancy’s Seafood Chowder with a Spanish twist’.  The beauty of it is that the chowder is gluten-free and filled with delicious ingredients.  The young, modest chef believes that the secret to any good dish is to “keep it simple; wholesome and tasty all the way”.

Following their success in the All-Ireland Chowder Cook-Off in Kinsale, Co Cork in 2016, they represented Ireland in the World Chowder Championships in Rhode Island, USA in June 2017, and Won!!