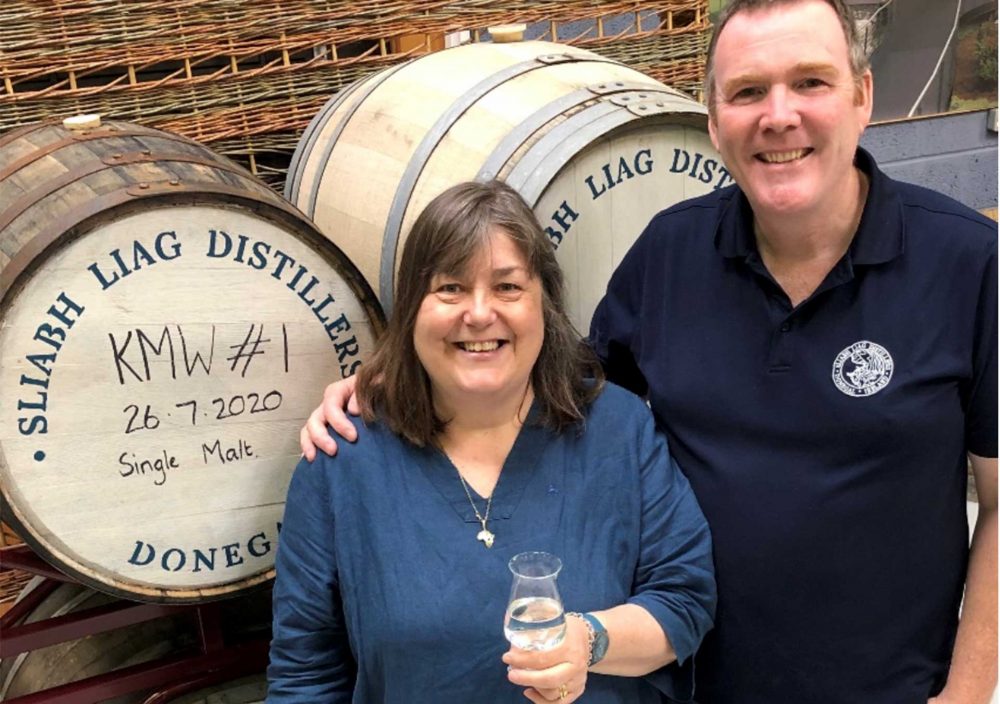 Only two weeks ago, the distillery filled its first cask of a double distilled smoky spirit made from Irish peated malt into a first fill bourbon oak cask.  It is the first time since the closure of Burt Distillery in 1841 that legal whiskey distillation has taken place in Donegal.

The small-batch production at its Carrick facility will help James and Moira undertake valuable research and development while the business’s new whiskey distillery at Ardara is under construction.  The timing also marks an important period in Sliabh Liag Distillery’s history as it prepares for a crowd-funding launch on Wednesday 26th August to help raise €1.5m of capital for the new distillery. 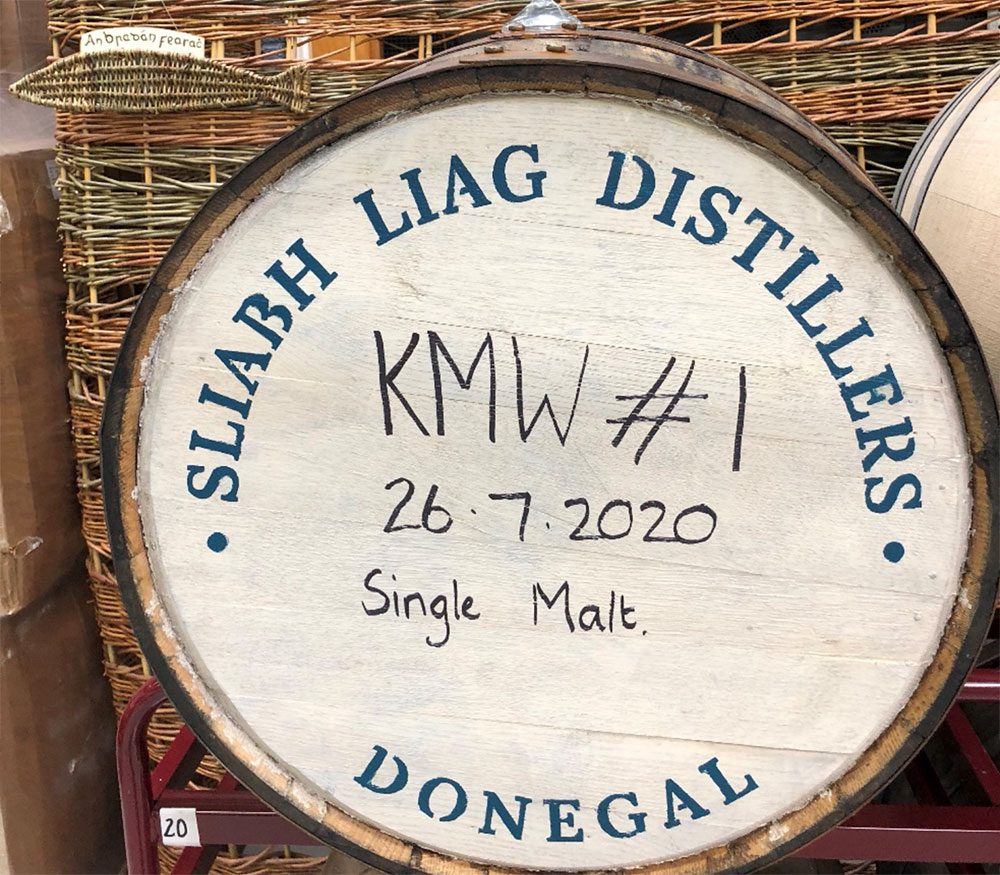 The first cask of whiskey to be legally distilled in Donegal in almost 200 years.

Commenting on the landmark occasion, James Doherty, SLD Founder, said: “We’ve done it!  It’s only now that the first cask is filled, ready to mature into a smoky single malt Irish whiskey that we feel we’ve really returned to Donegal.  When Moira and I moved back here in 2014, it was with the dream of reigniting the county’s distilling heritage, and with the Crolly and Baoilleach distilleries, the county is getting there. Our new spirit smells lovely and drinks even better; it is soft and smoky sweet with a fresh pear note and a hint of treacle.”

“While the success of our An Dúlamán gin and Silkie and Dark Silkie blended Irish whiskeys has been rewarding”, James says, “the distilling genes in me knew this scatterling’s return wouldn’t be complete without an Irish malt flowing from the stills. While Burt Distillery ceased production in 1841, we know illegal distilling continued during the intermittent years, not least by my grandfather who was creating a smoky, double distilled spirit under the authorities’ radar on the hills ‘up the glen’ in Kilcar. I think my grandfather would approve that we are now distilling the first legal whiskey in Donegal for nearly 200 years, and there’s a lovely sense of coming full circle.” James added.

“There has been a fair amount of blood, sweat and tears to get to this point – especially in hand-mashing 500L of wort for brewing – but it’s given us a huge lift as we embark on the next stage in both our and Donegal’s history.  Turf has been turned at the site of the Ardara Distillery and we launch our fundraising exercise on Crowd Cube in a few weeks’ time.  Once we are up and running there, the future of Donegal Irish Whiskey will be even brighter.”  James added. 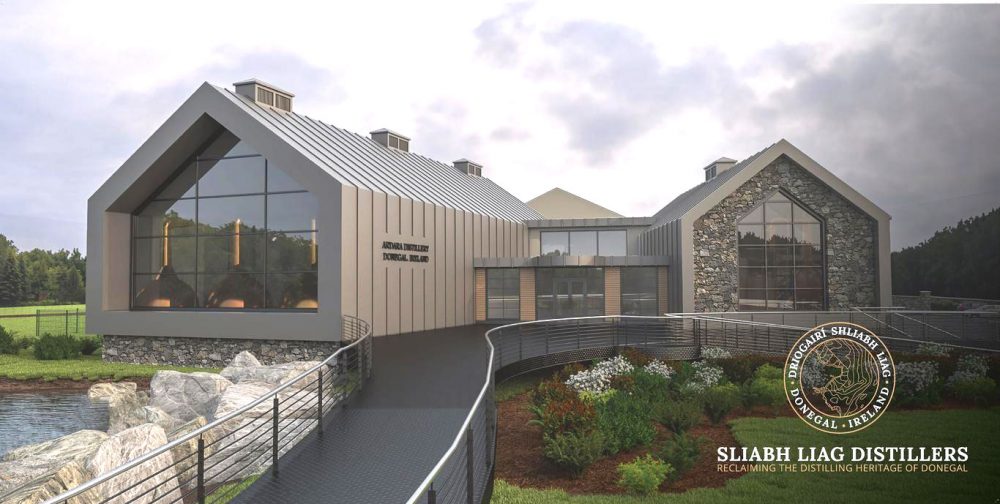 Sliabh Liag Distillers is building a new distillery in Ardara, which will open next year.

Earlier this year, Sliabh Liag Distillers turned its focus to creating hand sanitizer for the local community during the early stages of the pandemic. The team worked with Rosaria at Algaran Teoranta in Glencolmcille another successful member of The Food Coast Network, utilising her extensive knowledge to create an effective sanitiser at 70% alcohol, enriched with local seaweeds to make it kinder to the skin, and the distillery donated 1,000 litres to Donegal’s essential services.

When this very first whiskey is ready for bottling, it will give some indication of what James, Moira and the ‘meitheal’ (work-gang) around them aim to produce at Ardara Distillery.  The hope is to make Donegal to Ireland what Islay is to Scotland.