Donegal-based Sliabh Liag Distillers continues to make waves around the world with The Legendary Silkie Irish Whiskeys. In late June, The Legendary Silkie was awarded a massive 96 points at the US based Ultimate Spirits Challenge, while also being awarded the Chairman’s Trophy, Great Value award and being named as one of the top 100 spirits of 2021. These latest awards are added to a growing list of international accolades picked up by the Silkie brand in 2021. In February, The Legendary Silkie won gold at the World Whiskeys Awards and was named category champion with the title of Best Blended Irish Whiskey. The Legendary Dark Silkie has seen just as much approval from spirits judges, with a double gold and Best in Class award from the prestigious San Francisco World Spirits Competition, one of the most highly recognised spirits competitions in the industry, where Silkie also picked up a gold medal. The success of the Silkies in the US hasn’t stopped there, with the recent ASCOT awards giving gold to Silkie and double platinum and best in class, yet again, to Dark Silkie. 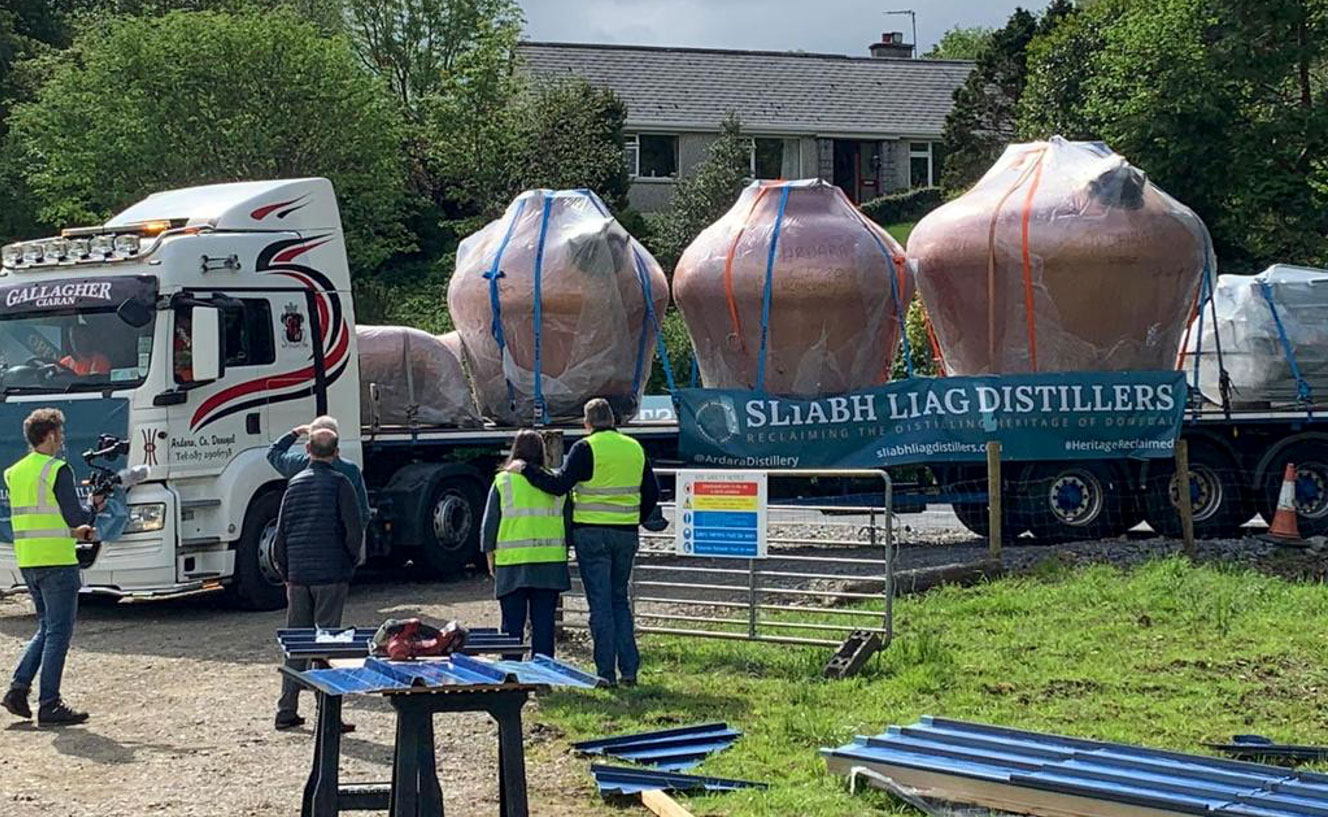 James and Moira Doherty welcoming the new stills which arrived from Forsyths in Scotland in June.

Since launching in the United States just last September, Sliabh Liag Distillers now have distribution secured in all but four US states, with strong reorders in the states already trading. This phenomenal rollout of their Silkie Whiskeys has shown that there is no slowing down of the fastest growing spirits category in the world – Irish Whiskey, and that both distributors and consumers alike are leaning towards modern brands with distinctive stories and flavours. Notably, the smoky yet sweet flavour profile of Dark Silkie is unique within the category and has shown to be incredibly popular with seasoned whiskey fans and newer whiskey consumers alike.

James Doherty, one of the directors of Sliabh Liag Distillers, says it is an honour to be recognised at an international level: “It’s fantastic to be acknowledged among some of the best spirits in the world. We’re getting a great reaction to our blend of double distilled single malt and triple distilled peated single malt with soft grain whiskey; and we are having fun capturing the sweet smoky flavours of the whiskeys produced in Donegal in years gone by.”

“Peated Irish whiskey was almost lost during a period of distillery closures and industrialisation in the early 20th century” James added. “It’s the style that rural communities, particularly in Ulster, would have produced and it’s great to see the depth and diversity of Irish whiskey being celebrated. In resurrecting this style of whiskey and reclaiming the distilling heritage of Donegal, we are excited that people in the US and around the world get to come on this journey with us through our spirits.”

Dave Wood is Sliabh Liag’s sales director for Ireland and the Americas, and he says the response has been exceptional: “The Silkie Irish Whiskeys have been building great momentum both here and in the USA, and the recognition of our smoky style of whiskeys by the world’s most prestigious spirits competitions reflects the demand for diverse flavour profiles in the Irish Whiskey category. The unique flavour and design of An Dúlamán is also being highlighted both here and in our international markets, there is a high demand for a savoury gin that has such a strong sense of identity, while gin sales in Ireland are slowing down, An Dúlamán is performing better than ever, and we expect that to continue with the reopening of the hospitality sector.”

An increased demand for the distillery’s award-winning spirits has resulted in new employment, with four new team members added to the production team in Carrick to support the continuing expansion of the distillery’s export markets, which currently covers 26 countries.

Another major milestone for the business is the opening of its new whiskey distillery in Ardara on Ireland’s Wild Atlantic Way with plans to be in production in the autumn. The new distillery will increase the company’s production capacity to 500,000 litres of alcohol per annum with room for expansion, in anticipation of growing international demand, and employ up to 50 people.

Accompanying the renaissance of the depth and diversity in Irish whiskey, is a resurgence of whiskey tourism, and in time, the site at Ardara will feature tiered levels of tours that will take visitors through the distillery, the distilling process, the history of whiskey and local poitín-making, alongside the heritage of the area. 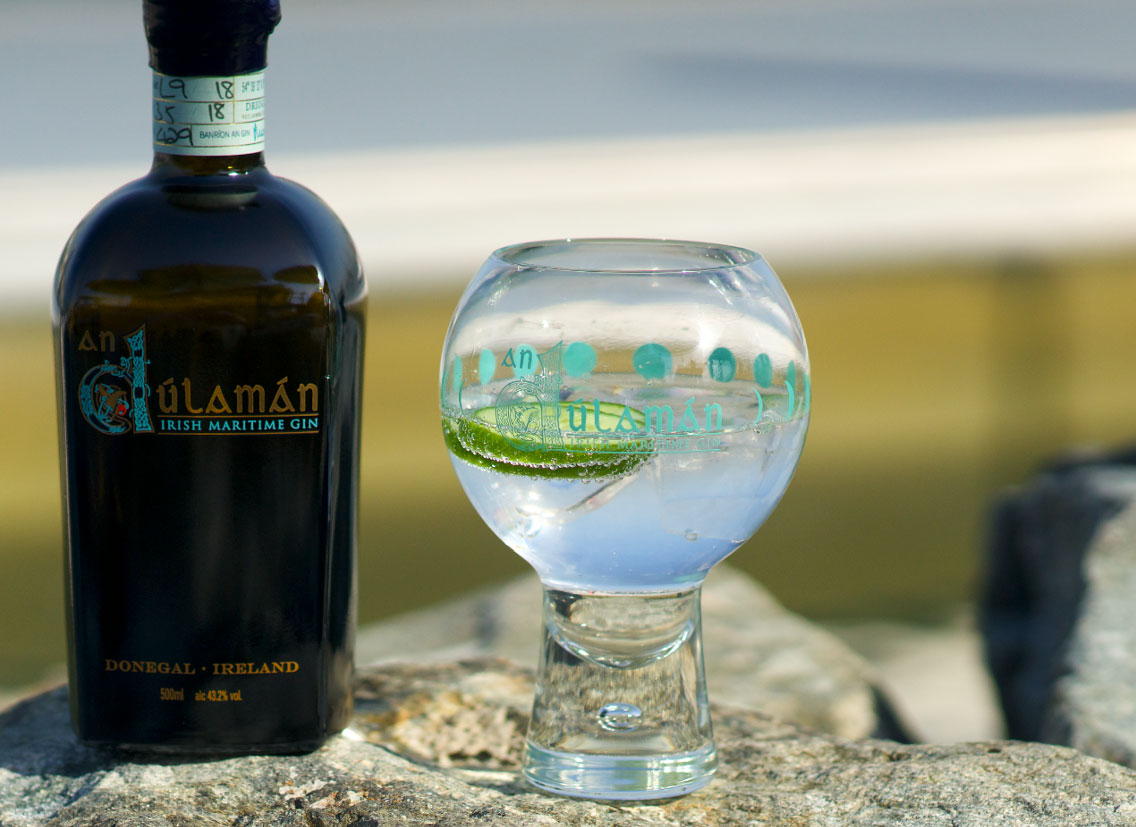