After winning the Donegal Chowder Competition in 2017, Dungloe-based chef Brendan Conmy, will fly the flag for Donegal’s famous seafood chowder as he heads to Kinsale to represent the county in the 8th All-Ireland Chowder Cook-Off, having scooped the county title in Killybegs in 2017.

Brendan who is head chef at the Waterfront Hotel in Dungloe, won the Donegal Chowder competition at the Hooked Festival in Killybegs. He will now follow in the footsteps of some of the previous Donegal contestants when he sets out for the all Ireland Chowder Cook-Off which takes place in Acton’s Hotel in Kinsale on the Sunday 22nd April 2018.

Chef Brendan Conmy and Marketing Manager Martina Rafferty are now gearing up for the trip to Kinsale and will showcase the quality seafood and ingredients available in Donegal. Speaking about the competition Chef Brendan said, “On behalf of the Waterfront Hotel and Donegal I will be delighted to bring my personal Seafood Chowder recipe to the 2018 All Ireland Chowder Competition. We are very proud of our chowder and especially the fact all of our ingredients are sourced locally within County Donegal,”.

If you are interested in participating in the 2018 Donegal Chowder competition at the Hooked Festival in Killybegs, please contact the Eimear at the Killybegs Community Council by email: killybegscommunitycouncil@gmail.com 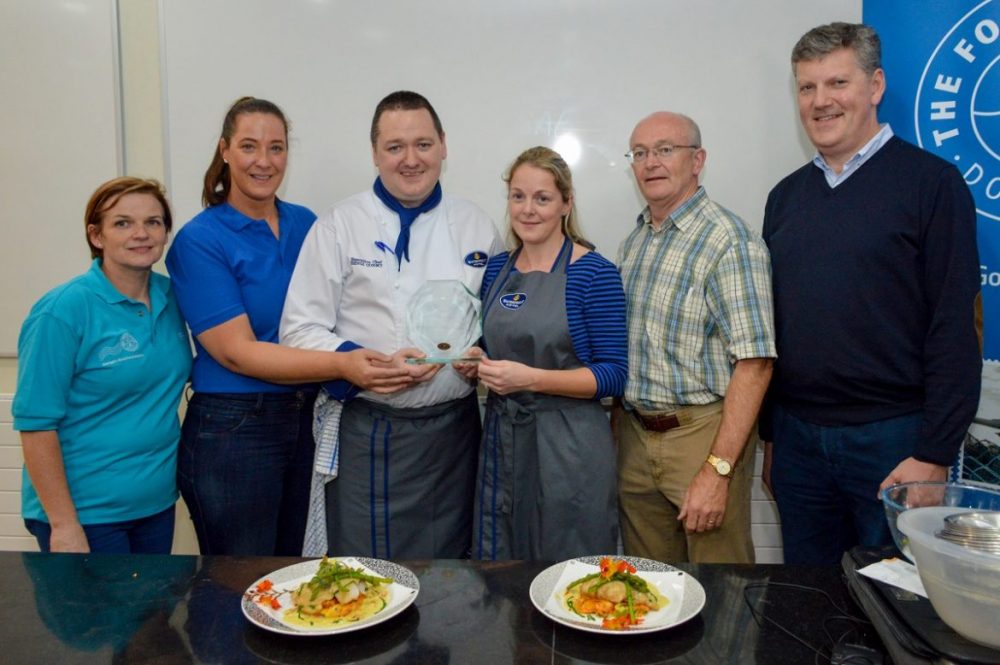